Last week Wednesday – for the first time! – the Cayman Islands joined countries around the globe in celebrating World Intellectual Property Day. Representatives from CIIPO (the Cayman Islands Intellectual Property Office) and some of our private-sector IP colleagues were in the lobby of the Government Administration Building on Wednesday, 26 April, to assist you, the public, with your questions, whether you thought they were big or small!

We fielded queries on all of Cayman’s updated laws – including trade marks, patents, and design rights, which will be enacted very soon, and our new copyrights law, which was enacted last year. People were glad to know that the new trade marks law will allow them to file for trade marks locally through CIIPO, while design rights will be registrable by extension of a UK right – more firsts for Cayman! Patents will continue to be registered by extension of a UK right and, as many people appreciate by now, the new copyright law has modernised protection for your creative works. 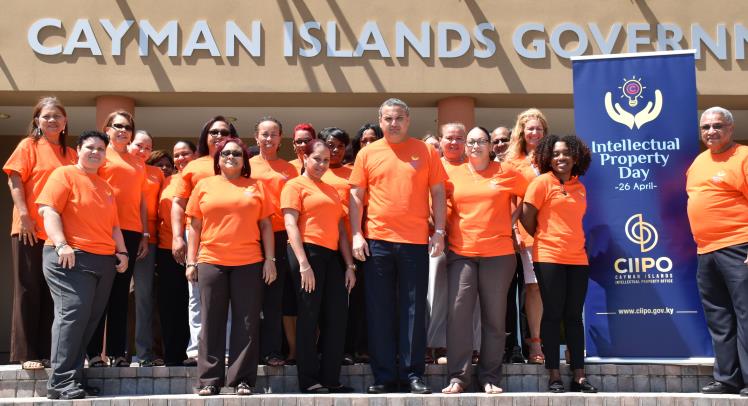 As I wrote in my last column, the theme for this year’s World IP Day was Innovation – Improving Lives, and we learnt about foldable helmets and supersonic jumbo jets, which were both developed in the US. But do you know one of Cayman’s inventors, by the name of Don Patrick?

Don, the owner of the WesTec Performance jet ski race team, has been a jet ski mechanic for more than 25 years. He’s also served as the technical adviser for the annual Jet Around Cayman race. Well, Don invented a jet ski part that is now sold and distributed worldwide.

Dubbed the “Last Drop Oil Extraction System”, the part removes 99 percent of used, sludgy engine oil from personal watercrafts – and everyone knows that helps to optimise performance! After Don had the idea for the invention in 1999, he built some prototypes and a provisional patent was filed in 2011. In 2013 he partnered with Riva Racing in Pompano Beach, Florida, to sell the system. How amazing!

I’m excited that Cayman’s modernised IP laws mean so much to the people of our Islands and based on the conversations I’m having, so are you! When you go about designing, creating and inventing, you now know that these things are YOUR intellectual property for which YOU have rights. And that legal protection gives everyone the confidence to get creating, Cayman!